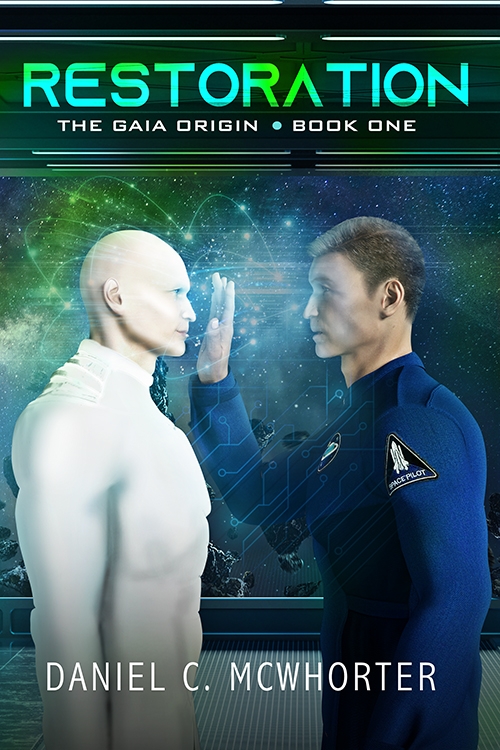 Restoration: The Gaia Origin, Book One

“An insightful dystopian tale with dynamic characters and a surfeit of surprises.” – Kirkus

“…a wild ride… Even if you’re an on the fence action/thriller/sci-fi fan, buy it, you won’t be sorry.” – HugeOrange.com

The year is 2075. Former scientific visionary, Dr. Evan Feldman has just been restored to life after fifty-two years of non-existence—and the world is nothing like he imagined it. The technology advancements he’d dreamt about are real, but they’ve resulted in global famine, a third world war, and the deaths of billions. Worse yet, a mysterious plague has affected those that remain, and humanity is on the verge of extinction.

The world’s most powerful CEOs have a plan to save the human race, but they are going to have to break the law to do it. Evan’s granddaughter, Aubrey, is one of those CEOs and she believes Evan is the key to humanity’s survival. With the weight of the world hanging in the balance, can one man really make a difference?