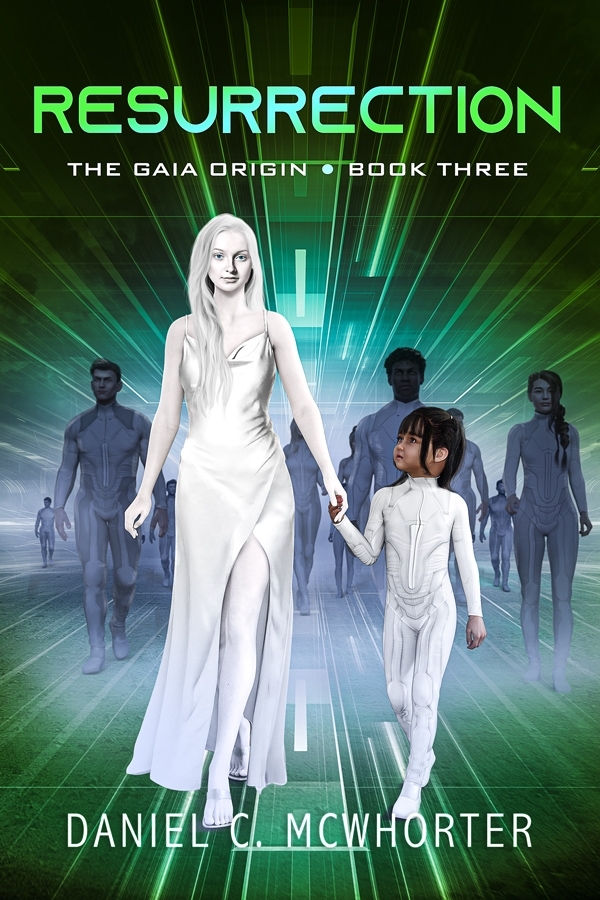 Resurrection is the thrilling conclusion to The Gaia Origin Series.

THEY THOUGHT THE EARTH WAS DYING. So, they left, putting their lives—and the very future of humanity—in the hands of Aneni, the most powerful AI ever created. Aneni was taught to value all life, and human life above all else. But what she discovered on Gaia has caused her to question everything. Were the thousands of humans in her care meant to live forever? Their advanced cloning technology certainly allowed for that possibility. Or was their extinction pre-ordained—the intentional end of an experiment begun millions of years ago by a mysterious race of beings known only as “The Creators”? And, if so, who were these Creators, and where did they go?

She believed that Gaia held the answers to those questions, and so many more. But time is running out. Another ship has crossed the vast distance that separates Gaia from Earth, with a captain and crew that, like the rest of humankind, should have died out decades ago. But they survived, somehow, against all odds—and now they seek revenge against those who left them behind.

Only Aneni stands between these new arrivals and the unspoiled Garden of Eden that is Gaia. She hopes to avoid a fight, but she will do anything to protect both the Gaians and the humans under her care. Given the choice between her continued existence and theirs, will she make the ultimate sacrifice so that they might live?