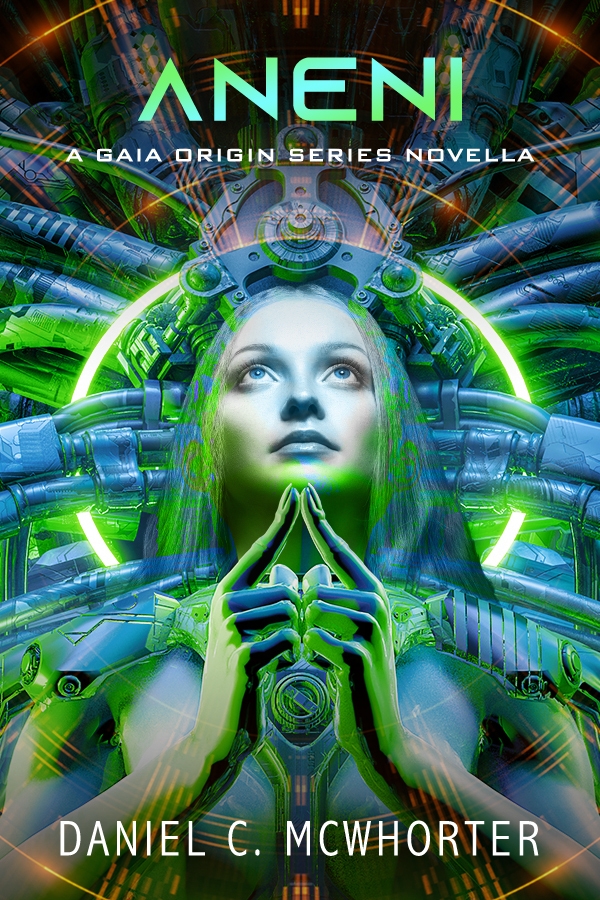 Aneni is a prequel that takes place approximately twenty years before Restoration: The Gaia Series, Book One.

The year is 2056 and self-aware AIs have been banned on Earth. But this is Hades One, a space station orbiting Mars, and no such laws exist here. Lily Harris, the CEO of Telogene Life Sciences, has traveled from Earth to meet her newest creation—an AI unlike any other. It’s not just self-aware, it’s sentient—an super-intelligent being capable of experiencing a full range of human emotions, including hopes and dreams. It has spent the last six months of its existence learning about humanity inside the safe confines of a simulated environment. The bulk of that time was spent learning about compassion and empathy—not easy things to teach a machine.

Lily’s plan is to slowly introduce the AI to its human creators, and the real world they occupy. Unfortunately, a terrorist attack on Hades One forces a sudden change of plans. The station is falling out of orbit, and there is nothing the human crew can do to stop it. Can Lily’s creation save Hades One and, in so doing, save itself?